We teach our Athletes that endurance training is much more about going hard than it is about going far (LSD training is dead!). The phrase “Do it Right, Do it Faster, Do it Longer” serves as a mission statement of sorts for our endurance training program. Forget marathon training that translates into running 40 miles per week and feeling weak and/or injured throughout. Training for an endurance race doesn’t have to be a part-time job that negatively affects all other areas your life. We will work with you to become more efficient, stronger, and faster. We think you will even, gasp, enjoy the journey.

Below, in order of importance, are the three cornerstones of Functional Fitness Endurance defined:

The best way to improve performance and reduce the risk of injury is to increase efficiency, so technique and skill must be mastered first. This not only applies to running technique, but to exercise foundations of proper squat, push-up, pull-up, deadlift, etc., all of which require a commitment to learning and practicing. 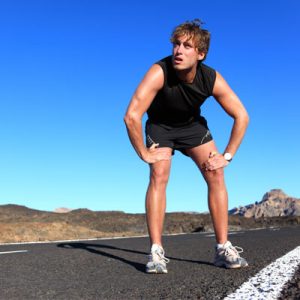 Intensity and pacing are the next keys to improving performance. Applying proper movement patterns to short, intense bouts of training deliver an appropriate level of systemic stress to promote a physiological adaptive response.

Stamina is the maintenance of technique and intensity or pacing over prolonged periods of time. This varies between 10 minutes and 90 minutes, depending the distance being trained for.

The human body is uniquely designed for running long distances, which it has been doing for thousands of years. So why do up to 80% of all runners experience running-related injuries every single year? It is because the masses have abandoned natural movement patterns and fitness foundations of strength and power development. We teach the most efficient form of human movement, using the forces of nature to our benefit, rather than fighting against them. We help runners get back to the basics of movement to experience drastically reduced injury rates and substantially improved performance.

The three simple elements of what we teach are:

The running posture is most important, and involves a straight and oblique line from the ears through the shoulders, hips and ankles.

While maintaining the running posture, leaning through the ankles will allow gravity to pull the body forward. The speed of the fall is dictated by the amount of lean (more fall = more speed).

Using a minimal, compact movement and the forces of ground reaction and muscle elasticity from a forefoot strike to pull the foot straight up as you fall forward. Stride frequency is critical in order to allow these forces to provide maximal benefit (stride cadence should never be below 90). Cadence (number of pulls of one foot each minute) and stride length will increase as speed increases.

The following are common running errors, which lead to decreased performance and chronic injury: